Founding of Chishtia order in India 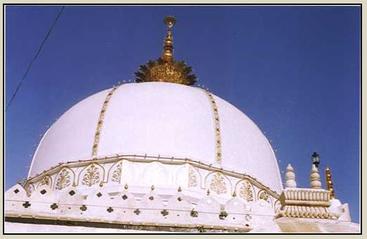 Khwaja Moinuddin Chishty laid the foundations of the Chishtia in Ajmer, India, where common people flocked to him in large numbers. His firm faith in  “ALWAYS DEPEND UPON THE ALLAH(CREATOR) BUT NOT ON THE CREATION,  LOVE ALL, SERVE ALL, PRAY FOR ALL, HELP EVER, HURT NEVER ” provided the necessary ideological support to his mystic mission to bring about emotional integration of the people amongst whom he lived.

The central principles that became characteristics of the Chishtia are based on his teachings and practices. They lay stress on renunciation of material goods; strict regime of self-discipline and personal prayer; participation in Sama as a legitimate means to spiritual transformation; reliance on either cultivation or unsolicited offerings as means of basic subsistence; independence from rulers and the state, including rejection of monetary and land grants; generosity to others, particularly, through sharing of food and wealth, and tolerance and respect for religious differences.

He, in other words, interpreted religion in terms of human service and exhorted his disciples “to develop river-like generosity, sun-like affection and earth-like hospitality.” The highest form of devotion, according to him, was “to redress the misery of those in distress – to fulfill the needs of the helpless and to feed the hungry.”