Who is the Prophet Muhammad?
Muhammad (peace be upon him) is the final prophet of Allah and messenger for mankind. He was born in Makkah in the year 570. Since his father died before his birth and his mother died shortly thereafter, he was raised by his uncle who was from the respected tribe of Quraysh.

Legacy of a Prophet
Fourteen hundred years ago, a humble merchant who was not taught to read and write by any man changed the face of Arabia. Today, his influence has spread to every corner of the world including the United States. This is the story…

Among the Most Influential Persons in History (by Michael H. Hart)
My choice of Muhammad {peace be upon him) to lead the list of the world’s most influential persons may surprise some readers and may be questioned by others, but he was the only man in history who was supremely successful on both the religious and secular levels. Of humble origins, Muhammad (peace be upon him) founded and promulgated one of the world’s great religions, and became

You must Know this Man
You may be an atheist or an agnostic; or you may belong to any of the religious denominations that exist in the world today. You may be a communist or a believer in democracy and freedom. No matter what you are, and no matter what your ideological and political beliefs, personal and social habits happen to be – you must still know this man.

Prophet hood in Islam
Prophet hood is not unknown to heavenly revealed religions, such as Judaism and Christianity. In Islam, however, it has a special status and significance.

A Guidance to Follow
Muhammad {peace be upon him} as a man had already died, but as a Prophet {peace be upon him} he left behind him a legacy in the form of the Qur’an and the Sunnah. He stressed the urgent need to hold firmly to these two sources during his Farewell speech in the valley of Arafat. If people hold fast to them, they will never go astray.

Allah’s Messenger to the Whole Mankind
Prophet Muhammad (r) (Salallahu ‘alayhi wa salam, meaning: May the peace and blessings of Allah I be upon him) was Allâh’s great Prophet and Messenger like Jesus, the Son of Mary. The Prophet’s mission, however, is universal. Allâh (I) (Subhanahu wa ta’ala, meaning: the Exalted, Most Glorious) tells mankind that Prophet Muhammad (r) is no more than a Messenger

The Best of Creation
The life of the Prophet (Peace and Blessings of Allah be upon Him) has been said by his wife, Aisha (May Allah (S) be pleased with her) to be like “a walking Qur`an”, embodying the Laws of Almighty Allah (subhaana wa taalah).

The Coming of the Most Noble Messenger
With eyes as bright as the shining sun, a reality on the lips more brilliant than the light of the sun, a heart more fresh than the flowers of the gardens of Yathrib and Taif, habits and morals more decent than the moon- lit nights of the Hijaz

The 99 beautiful names of our beloved prophet 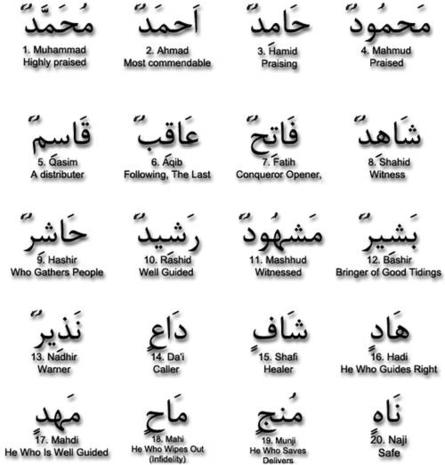 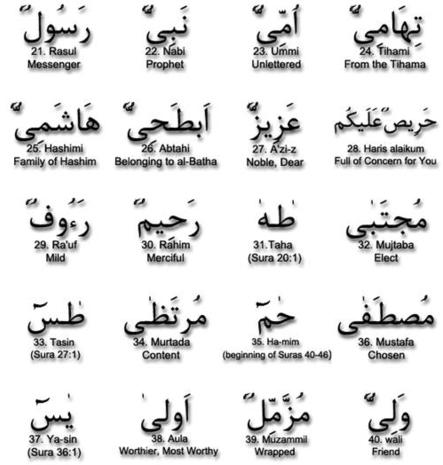 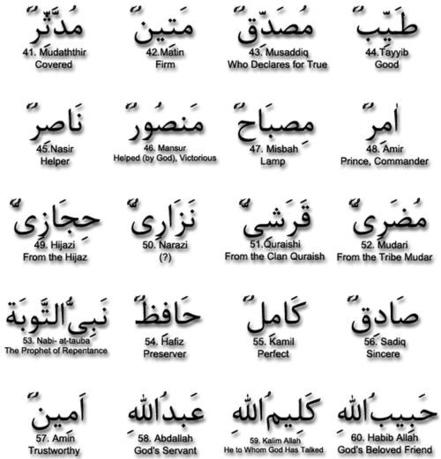 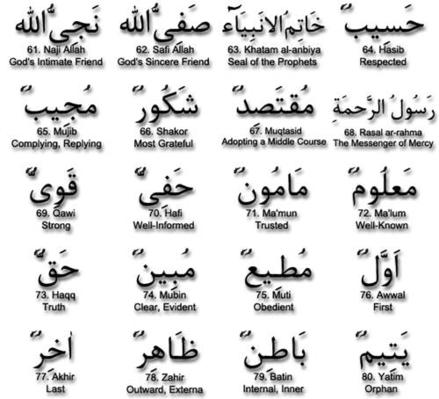 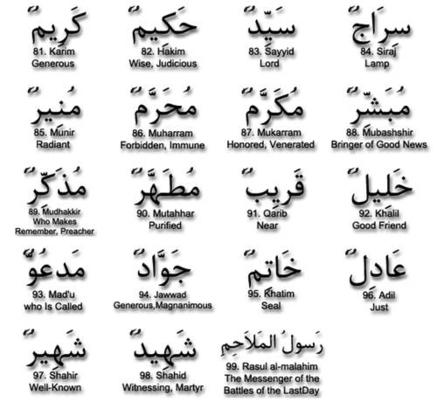