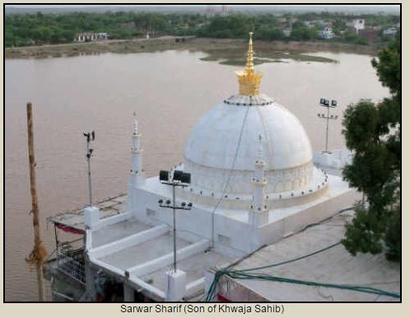 Marriage & Children
The childhood of Khwaja Gharib Nawaz (R.A) was full of miseries and hardships. He spent his youth in search of knowledge and truth. At the age of about 50 years, when he has almost settled in Ajmer and the preaching services were on the top, he dreamet Prophet Mohammed (S.A.W) who said,” O Moinuddin! You have been very active in obeying Allah’s orders but why didn’t you follow my sunnah.”. Thus , Khwaja Gharib Nawaz (R.A) made two marriages, one after another. 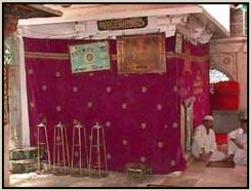 The Mazar of Bibi Hafiz Jamal, daughter of Khwaja Sahib, is situated to the south of the Shrine. There is a small dome with a kalas on top of it. The doors of this tomb are plated with silver.

He was the 2nd son and was also a great saint as well, he possed the quality of salvation, he made tough excessive for self-purification at the age of 45, he disappeared from the human eyes and joined religious fraternity.

He was the youngest son of Khwaja Gharib Nawaz(R.A) his mazar-e-mubarak is in the premise of the shrine.