Sufism & Tasawwuf (the translation usually preferred in the West) is the name of the ways sufis follow to reach God, the Truth. While the term Tasawwuf usually expresses the theoretical or philosophical aspect of the search for truth, its practical aspect is usually referred to as ‘being a dervish.’ Tasawwuf has been defined in many ways. 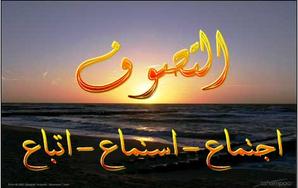 Another approach to tasawwuf sees it as the continuous striving to be rid of all kinds of bad maxims and evil conduct and acquiring virtues. Junayd al-Baghdadi, a famous Sufi master, defines tasawwuf as a way by which to recollect ‘self-annihilation in God’ and ‘permanence or subsistence with God.’ Shibli’s definition is summarized as being always together with God or in His ever-presence while aiming at nothing worldly or even other-worldly.

Abu Muhammad Jarir describes it as resisting the temptations of the carnal self and bad moral qualities and acquiring laudable moral qualities. There are some who describe tasawwuf as seeing behind the [outward] reality of things and events and interpreting whatever happens [in the world] in relation with God Almighty. 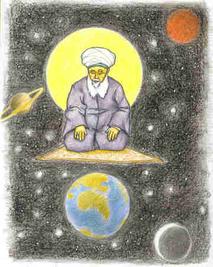 Then, by regarding every act of the Almighty as a window to ‘see’ Him, living one’s life in continuous effort to view or ‘see’ Him with a profound, spiritual ‘seeing’ indescribable in physical terms, and living in profound awareness of being continually overseen by Him.

All the accounts just given can be summed up as follows: Tasawwuf means that by being freed from the vices and weaknesses particular to human nature and acquiring angelic qualities and conduct pleasing to God, one lives one’s life in accordance with the requirements of knowledge and love of God and in the spiritual delight that comes thereby.

Tasawwuf is based on observing the rules of Shari‘a down to good manners and penetrating their (inward) meaning. An initiate or traveler upon the path (salik) who can succeed in this never separates the outward observance of Shari‘a from its inward dimension and carries out all the requirements of both the outward and inward dimensions of religion. Through such observance, he travels toward the goal in utmost humility and submission.

Tasawwuf is a path leading to knowledge of God and is a way demanding solemnity [of bearing and purpose]. There is no room in it for negligent or frivolous manners. It requires that the initiate should, like a honeybee flying from the hive to flowers and from flowers to the hive, continuously strive in pursuit of knowledge of God.

He should purify his heart from all attachments other than seeking God, and resist all inclinations and desires and appetites of his carnal self. He should also lead his life at a spiritual level with a readiness to receive Divine blessings and inspirations and in strict observance of the Prophetic example. Sincerely admitting attachment and adherence to God as the greatest merit and honour, he should renounce his own desires for the sake of the demands of God, the Truth.

After these [preliminary] definitions, we should discuss the aim, benefits and principles of tasawwuf: Tasawwuf requires strict observance of the religious obligations and austerity in life-style, the renunciation of animal appetites. Tasawwuf aims, by purifying man’s heart and employing his senses and faculties in the way of God, to live a life at the spiritual level.

Tasawwuf also enables man, through constant performance of the acts of worshipping God, to deepen his consciousness of being a servant of God. It enables him to renounce the world with respect to its transient dimension and the face of it that is turned to human desires and fancies, and awakens him to the other world and to the face of this world that is turned toward the Divine Beautiful Names.

The benefit of Tasawwuf is that man develops the angelic dimension of his existence and acquires a strong, heart-felt and experienced conviction of the truths and articles of faith that at first he had accepted only superficially. The principles of tasawwuf may be listed as follows: Reaching substantial, true belief in Divine Oneness and living in accordance with its demands.
In addition to heeding the Divine Speech (the Qur’an), discerning the commands of the Divine Power and Will on the face of the universe (the laws of creation and life which are the subject matter of the sciences) and obeying them. Overflowing with Divine love and getting on well with all other beings in the consciousness (originating from Divine love) that the universe is a cradle of brotherhood.

Acting with a spirit of altruism and therefore giving preference or precedence to the well- being and happiness of others. Acting in accordance with the demands of the Divine Will-not with the demands of our own will-and trying to lead our lives at the ‘peaks’ of self-annihilation in God and subsistence with Him. Being open to love, spiritual yearning, delight and ecstasy. Acquiring the ability to discern or unveil what is in hearts or minds through the expressions of the face and the Divine mysteries and meanings on the face of events. Visiting such places and seeking the company of such people as will encourage avoidance of sin and striving in the way of God.

Being content with lawful or licit pleasures, and being determined not to take even a single step toward the sphere of the unlawful. Continuously struggling against worldly ambitions and the illusions that lead us to suppose this world to be eternal. Never forgetting that even in the way of serving religion and striving for the guidance of people to the way of the Truth, salvation is only possible through certainty or conviction (of the truth of religious principles of belief and conduct), sincerity or purity of intention and aiming only to please God. Acquiring knowledge and understanding of the religious and gnostic sciences, and following the guidance of a perfected, spiritual master may be added to these principles, which are of considerable significance in the way of the Naqshbandiya.

It may be useful to discuss tasawwuf in the light of the following basic concepts which are the subject-matter of the books written on good morals and manners and asceticism, and regarded as the points where one finds the ‘Muhammadan Truth’ in one’s heart. They can also be considered as the lights by which to know and follow the spiritual path leading to God.

Chief Patron of a Charity in the United Kingdom

Haji Peer Syed Farough Ahmed Chishty Niazi are a Chief Patron for the ‘Ajmer Sharif Dargah (India)’ charity based in the United Kingdom. The Charity is registered with the British Charity commission under the registration No: 1776945. www.khwajagharibnawaz.org

This website uses cookies to improve your experience while you navigate through the website. Out of these, the cookies that are categorized as necessary are stored on your browser as they are essential for the working of basic functionalities of the website. We also use third-party cookies that help us analyze and understand how you use this website. These cookies will be stored in your browser only with your consent. You also have the option to opt-out of these cookies. But opting out of some of these cookies may affect your browsing experience.
Necessary Always Enabled

This Site Is Protected By
ShieldPRO →